via The Crunk Feminist Collective by sheridf on 2/6/12

First I want to congratulate the New York Giants for winning the Super Bowl and both teams giving us a good game, particularly in terms of defense.  I also want to shout out Madonna for putting so many women of color dancers to work last night and featuring two very different female emcees.  I must say I wasn't very surprised by all the crotch shots, particularly after having watched a Nicki Minaj video marathon, but I was shocked by M.I.A's "da Brat moment."  I'm assuming she was giving the U.S. the finger because she was previously banned from entering the country.  Either way, good times, good food, good beer, a good end to the weekend.

The beginning of the weekend was not so good.  I went to the memorial service for childhood peer, Stacey English, the beautiful Atlanta woman who was missing for nearly a month. 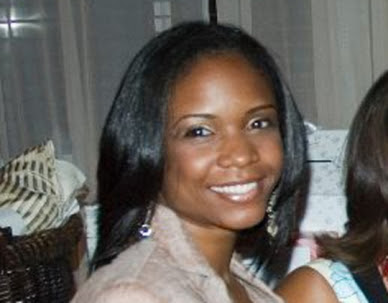 Her body was found in the woods.  She was my age.  She had been in my class in elementary school.  I attended the service with my mother, who attended church with Stacey and is close friends with Stacey's godmother. The entire time I simply wanted to leave the room where her closed casket was placed.  I did not know what to say to her parents.  I knew if I allowed my feelings to rise to the surface I would lose control and all of the fears and anxieties I hold daily would spill over.  So I stayed quiet and comforted my mother.

I often think how blessed or privileged I am that I have not suffered as I believe others do.  Upon reflection I think I do not allow myself to suffer, which means that when it is time to feel I do everything possible to avoid it.  This is not self-care this is denial.  Last week I cried because I saw a powerful connection in my work, but it was not tears of joys, it was just uncontrollable tears.  I know tears are for healing, but I rarely feel I have time for my own tears.  Today I choose to cry.  Today I choose to heal.  Today I remember.