via The Crunk Feminist Collective by fit2bcrunk on 8/16/11

So all the women in my life are going to or have already seen the new movie The Help, but I cannot possibly bring myself to go because 1) I really don't feel that I need another "black women as domestic servants to white women" or "black women as nanny/mammy to white children" story in my life and 2) because I feel like I am "The Help" in my own life so this movie would not be an escape.

Of all the hetero girlfriends that I have who are married or have been married none of them seems to feel the "bliss" that is supposed to come along with their marriage.  In fact, even with more education and higher paying jobs than our grandmothers, the second shift is in full swing.  I was talking with a single and actively dating girlfriend recently about the way in which our mother's generation suggests that if he does not beat or cheat, you got a "good man."  Now I will give some credit to our generation that we don't necessarily agree with this standard, but on the other hand when it comes to flat out common sense in non-beating/cheating relationships I think we have regressed.

For instance, one side of my grandparents was a mess and I am convinced that what they were doing was fighting.  Why you might ask?  Because my grandmother did not play, she was fierce about her rights as a human being and she would defend them.  That meant "we have four kids, bring your paycheck at the end of the week and put it on the table–or else."  And he did.  Me, well I make about a third of what my husband makes, but somehow I paid more towards our bills over the past four months.  To be clear I think safety/security in your relationship ranks #1, but that is not a high standard of living.  In fact, the true standards of partnership get murky because of that low f*ck#ng standard.  We seem to think there is no reason to speak up; act out; fight back when they for instance…

Where is this "bliss" that you speak of and furthermore, by the time you go over in your head how pissed you are that what used to be your VOICE is now your voice and when you do finally use it you sound like you are underwater.  You must be because no one, especially him, can f*ck#ng hear or understand you (at least that's what it feels like). 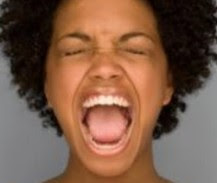 Him: Why are you stringing so many events together?  Why are you bringing up the past? Can we focus on one thing at a time?

Me:  NO. It is called establishing a f*ck#ng PATTERN OF BEHAVIOR.

Him: Get out of your head.

Me:  Well you were not here for the initial argument so now this is just a report on the outcome.

So I guess what I am saying is…if your husband can basically come and go as he pleases because he refuses to commit and therefore be accountable or fully responsible for his actions, but does it in a nice way that leaves you responsible for everything all the time; if he identifies what he does do as "helping you out" versus just being a responsible adult and parent; if he manages to arrange outings regularly with everyone but you, then you are essentially "The Help."

In 1995 my girls and I were on to something (this is pre-marriage and during full-scale feminist life planning)—we need a damn wife too.