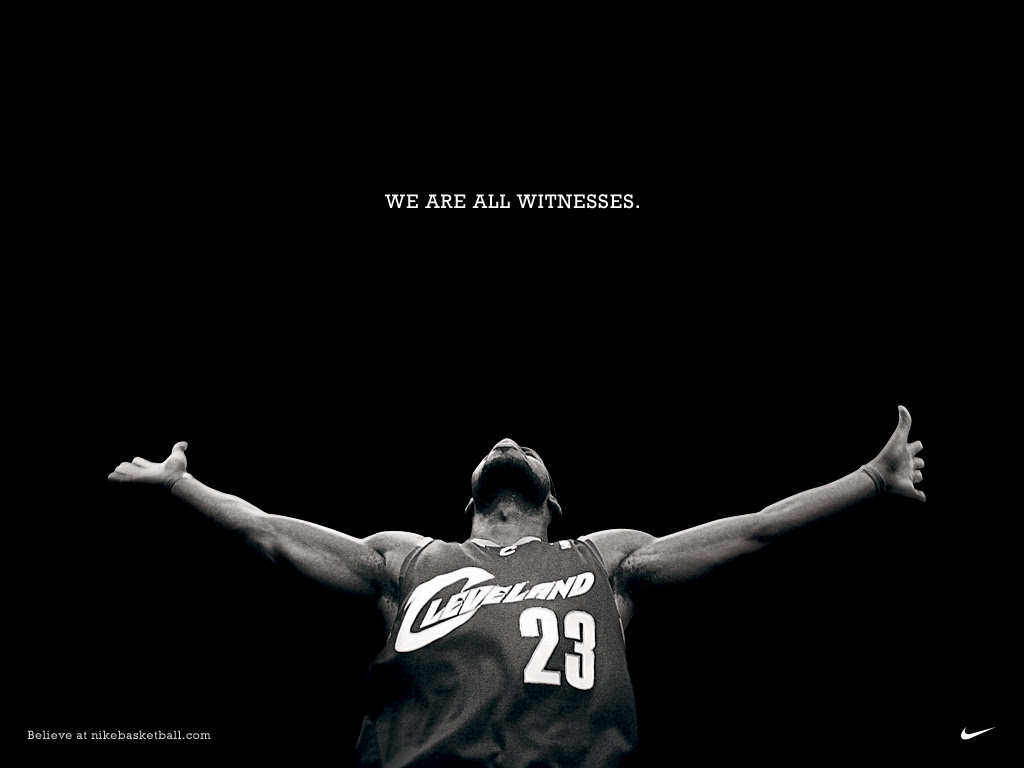 I've had my fill of LeBron James this season.  Seriously.  I'm not interested in being a witness to anything James-related until on or immediately after July 1.  I'm no longer watching interviews wherein James tells the viewing audience things we already know.  No more James free agency countdowns.  No more terrible renditions of "We Are the World."  (Even if you were joking, Cleveland, "We Are Lebron" was just pathetic.)  No more billboards.  I care not about the rumor that it was James' apparent discovery that his mother, Gloria, was having an affair with his Cavaliers teammate, Delonte West (allegedly) that altered the Cavs' playoff fate.  This summer, I need James to do something constructive, like use his headband as some sort of tourniquet for the oil spill or something.

Late capitalism, or whatever it is smart people would call it, is ruining my sports watching life.  Instead of spending the off-season stewing over being trounced in the eastern conference semis by the Boston Three Party, LBJ is working on re-branding himself (or finding a new owner), and considering a free agency "tour" where he visits cities with teams interested in signing him to an incredibly lucrative deal.  (If they stick you for you knees, you stick them for their paper.)  James' perceived power--in that the NBA and the team that lands him will do whatever it is that he wants--still works within a plantation system where he labors, working for owners and corporations that inevitably make more money off of his body than he does and only allow the illusion of James' control as long as his body remains a viable commodity.  This "tour" and the idea of rebranding, then, conjures an image of a traveling auction block, a search for the higher and most attractive bidder, thereby causing me to question the irony of the phrase "free agent."  $40 Million Slaves, for real.

To add, James and the rest of the free agent class of 2010, including Dwyane "I don't care if my name is misspelled, I dunk on people" Wade, Chris "I'll go where LeBron goes" Bosh, and (just another) Joe Johnson (when the playoffs start) will meet--formally or informally--over the summer to discuss their options.  The mere idea of this spectacle is irritating to say the least.  Yet I understand that this irritation stems from the old school me, the kid who cut her NBA-watching teeth in the late 80s and most of the 90s when Jordan was King.  I don't want superstars hanging out discussing their next move.  I want superstars working out in the summer trying to figure out how they're going to beat each other next season.

I think there's something to be said about the fact that the NBA's most storied rivalry has yet again taken center stage.  Lakers-Celtics is part of the foundation of modern-era basketball.  None of the major free agents remain in the playoffs.  The only notable free agent still playing is Ray Allen, and he's only noteworthy because of his performance last night.  Yet he's not considered part of the aforementioned cohort of players whose choice of team next season will change the balance of power in the NBA; he's too old.  Of the four players mentioned, only Wade has a championship, but that came by teaming up with Shaquille O'Neal, part of the previous generation of NBA stars.

Nostalgia wants me these players to hate each other, and not conspire to create some sort of NBA super power.  Nostalgia wants a balanced NBA where it's easier to make Barack Obama mad than it is for a team to repeat.   Nostalgia only gets me so far.  If I let that go, though, then I can't blame LBJ for wanting to become a sports billionaire, although I do remain slightly annoyed by the amount of attention we pay him when there's a great series not starring him on ABC every other night.

I want King James and the rest of his court to recognize that a billion dollars will come at an incredible cost, and that should they decide to have a summit, they should talk about something other than championships and how much for how many years.  But the cynic in me knows they won't.  They'll probably just buy better bread and see better circuses.  The plantation model is so hard to kill when it mutates in the way that it does.  Still, if they shared dough the way they shared basketball, something incredible and less fleeting might happen.  What if they were as ideologically creative as their dunks?  That would indeed be something to witness.