via The Crunk Feminist Collective by adurhamtamu on 6/14/10 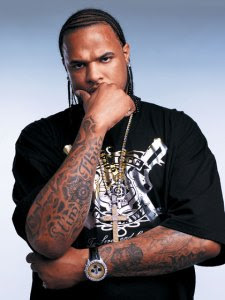 From news media pundits, comedians-turned-relationship experts, to a soulful singer speaking about his self-proclaimed white supremacist penis in Playboy, it would seem that everybody has something to say about the un/desirability of Black women. When I read the Vibe interview excerpt by Slim Thug and the response gone viral by Marc Lamont Hill, I opened my laptop to see my cursor just jumping on the electronic page amped for me to slam Slim and the keys, to throw my two cents into the blogosphere to make sense out of his deplorable depictions about Black womanhood.

And, then I heard the interview. He does recall harmful stereotypes about race and gender. No doubt. One of them includes the idea that white women possess and perfect femininity. He does recuperate dangerous discourses about the extinct black man and the emasculating black woman. No question. Trust, I could have written an entry without even reading the interview. But, I heard the interview. I heard the pauses. And, I had to pause and wiggle off the knee-jerk reaction to "read" him. I just heard him. I heard him searching for the word—the right words—to frame his analysis (however unconvincing). On a national stage, I heard Slim Thug trying to work through powerful race and gender scripts so ingrained in our culture that they appear commonsense to him and other folks in our community.

In the final part of the interview, Slim Thug describes a black femininity and masculinity tied to the performance of class, or to a wealthy lifestyle (a lifestyle that is, contrary to what Vibe writers summarize, is not exclusive to the hood). For him, a black man blowing dough on dro and syrup (i.e., cocktail mix that includes cough syrup) at home or at the club to attract women is as problematic as the black woman who incurs incredible credit card debt to buy luxury brands to attract men. Both are performing gender scripts from a hip hop dreamworld. While Slim Thug criticizes Black women for our "crazy way of thinking," his examples speak to the craziness of consumer capital that seduces all of us to live out champagne fantasies. (We need only watch any television program to be reminded of the worldview we are invited to subscribe.) The hip-hop get-rich raps that Slim Thug profits from hinge on the very consumerism he deplores in other folk. He is right on when he suggests these cyclic performances adversely impact black relationships because they are rooted in artifice. He is dead wrong to levy his attack toward already vulnerable black women. Ultimately, the "50/50, fair exchange" that Slim Thug said he wants for successful black relationships and the black community can only materialize when he divests in his own narrow definitions of success—that is, capitalist economic power and patriarchal power over women (i.e., masculinity par excellence).